In 1983, Malcolm Alexander was given the photo albums of his great-uncle Claude, a colonial officer in Africa from 1911 to 1932. Ulendo – going for a walk in the bush – is a quest for this elusive man in the vanished world of the British Empire, the story behind those captivating old photographs.

Although Malcolm Alexander was raised in north London, school holidays in Norfolk with his ‘crabby’ great-uncle Claude engendered a love of the countryside and the pursuit of a career in agriculture. Meeting a young Desmond Tutu, then newly-arrived as part-time curate at St. Alban’s, Golders Green, and studying at King’s College, inspired Malcolm’s deep love of Africa. 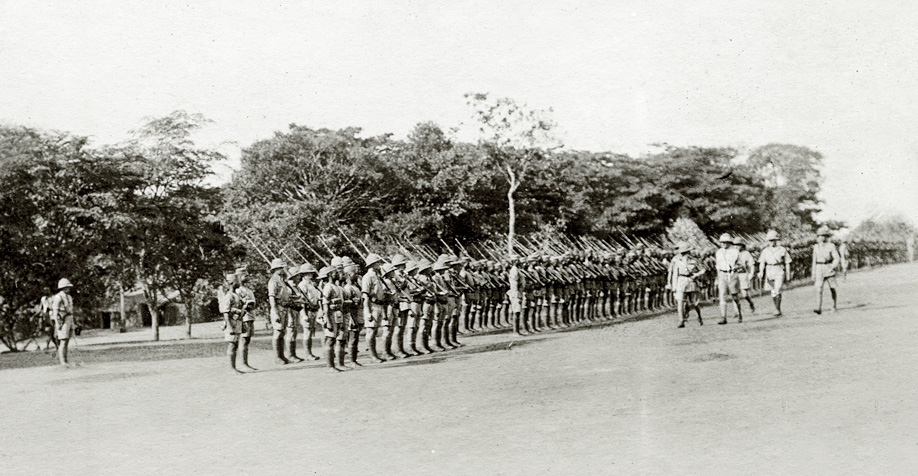 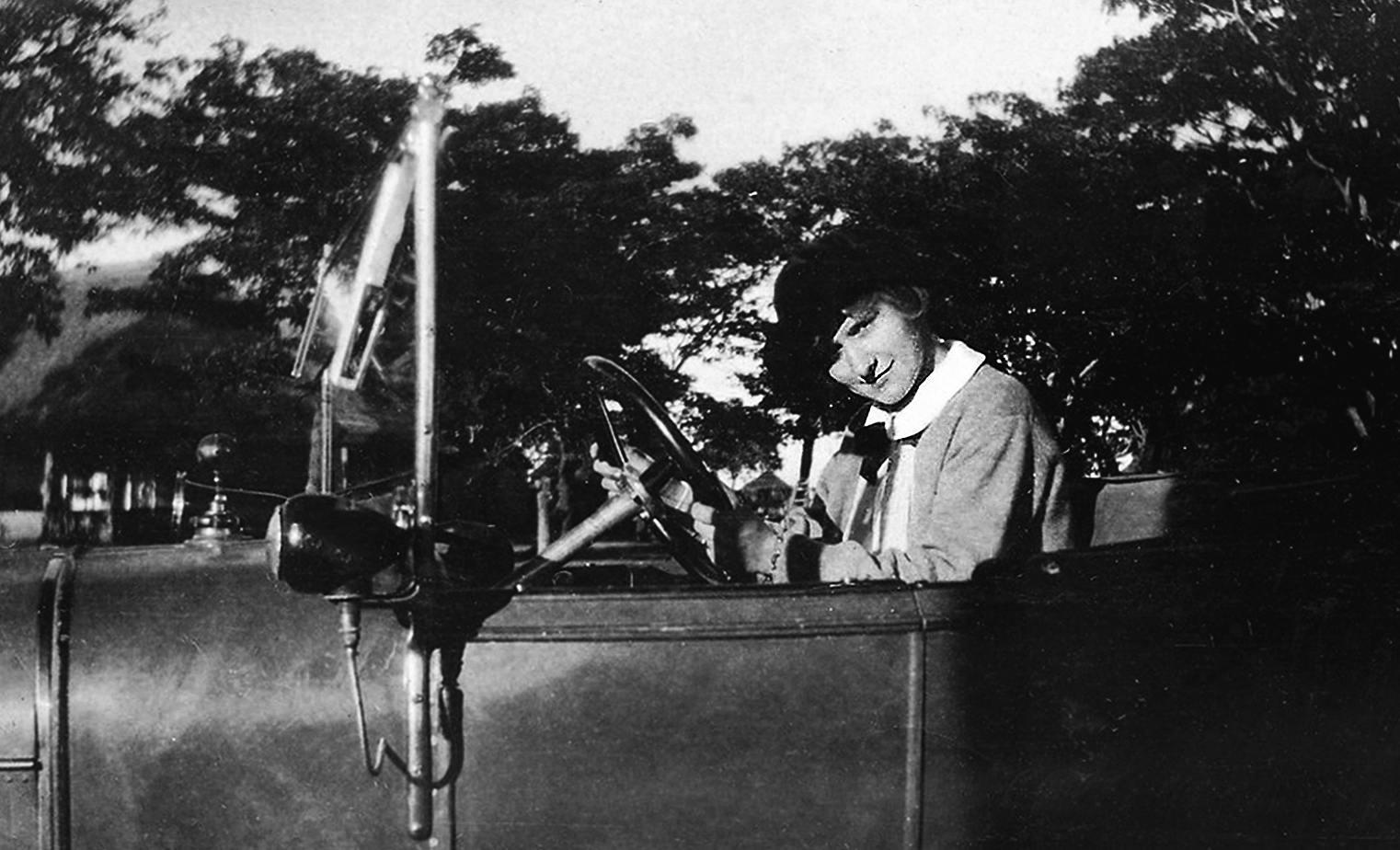 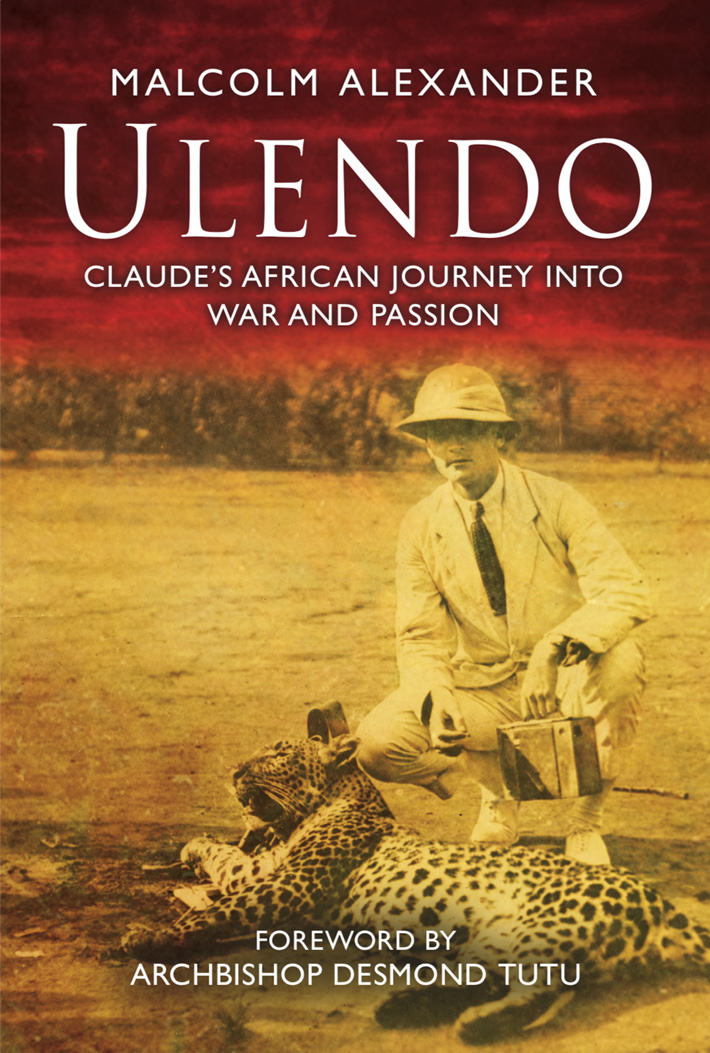 When Claude arrived, beautiful Northern Rhodesia was a new colony and Malcolm explains its origins in Livingstone’s missionary zeal and Rhodes’ rapacious ambition. Three years later, Claude was on the front line in the brutal and highly mobile Africa campaigns of World War One, vividly narrated here. Having received the German surrender in 1918, Claude resumed his administrative work among Africans, missionaries and eccentrics – and became involved in a passionate love affair.

After Government cut-backs imposed early retirement and a return home, Claude met a young single woman and was again on active service as an RAF ground officer in the defence of London. During Claude’s lifetime, the ‘wind of change’ was already blowing and Northern Rhodesia became independent Zambia soon after his death.

As Archbishop Tutu writes in his foreword:

‘Malcolm has captured the bitter-sweet feeling that loving Africa engenders. … At this moment, when we are re-examining the legacy of empire, it is imperative that we try and look again at what was driving people. Malcolm gives us that perspective.’ 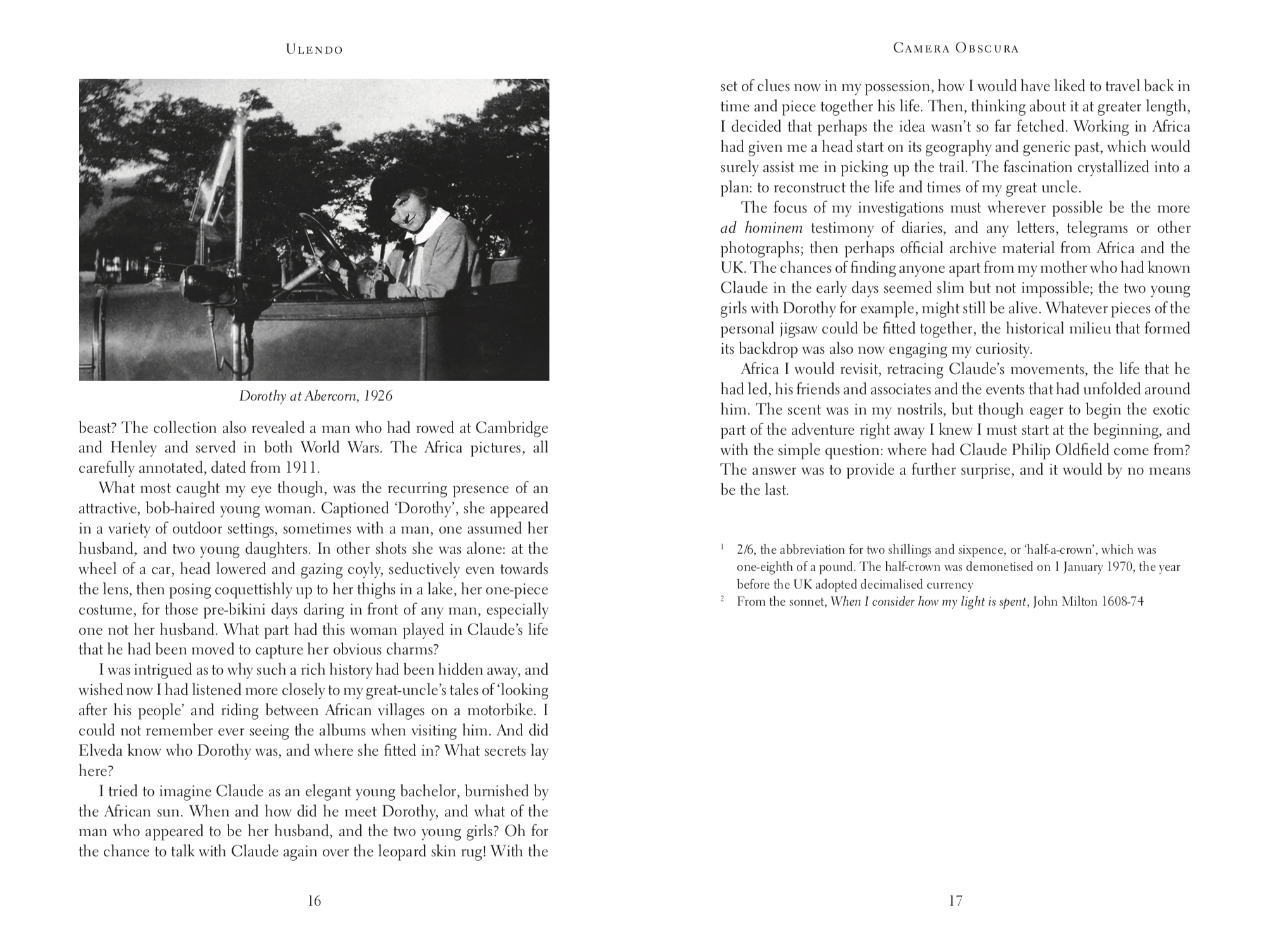 What most caught my eye was the recurring presence of an attractive, bob-haired young woman… 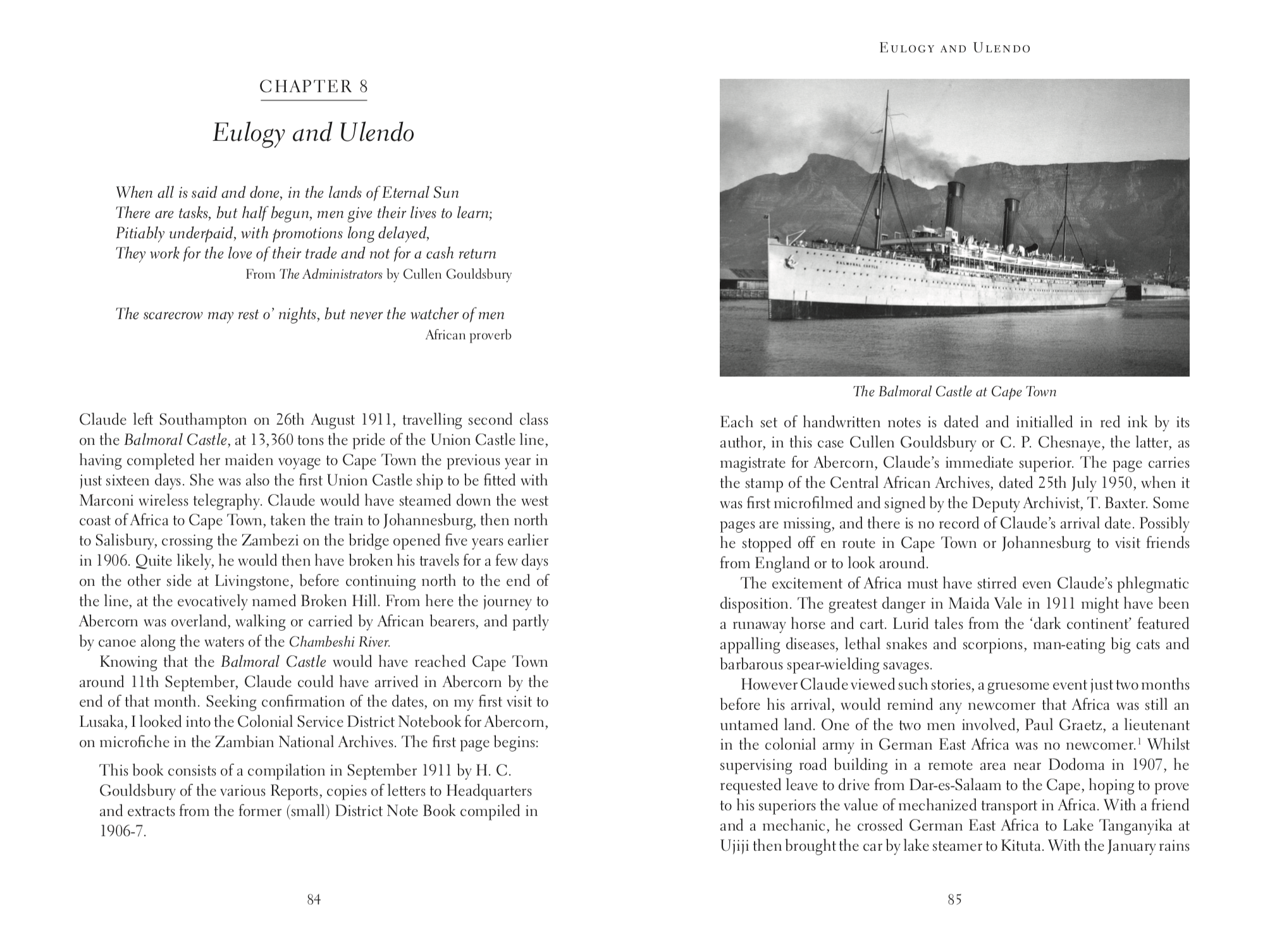 Arrival in Cape Town on the Balmoral Castle 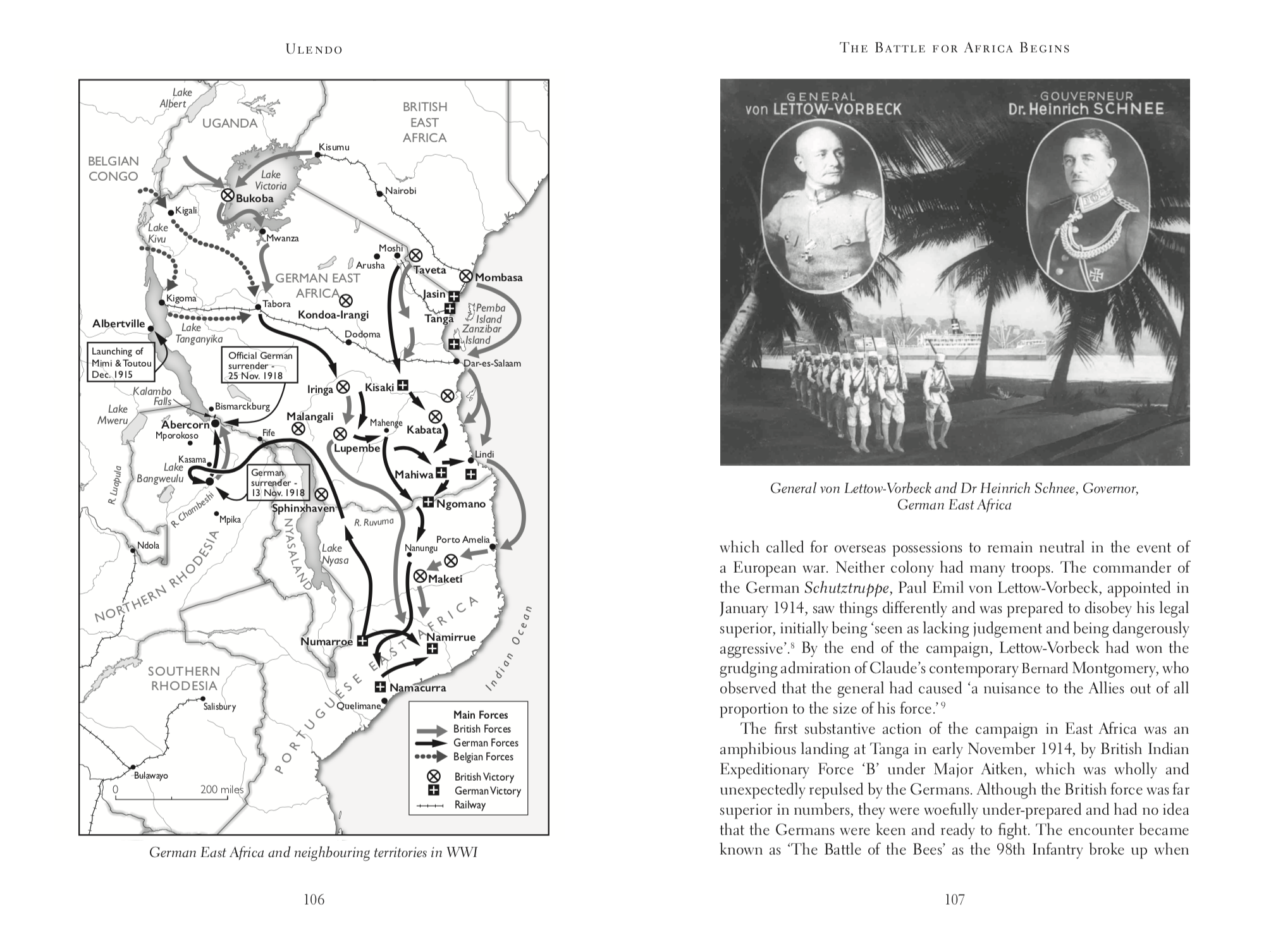 WWI starts in East Africa with a British defeat at Tanga 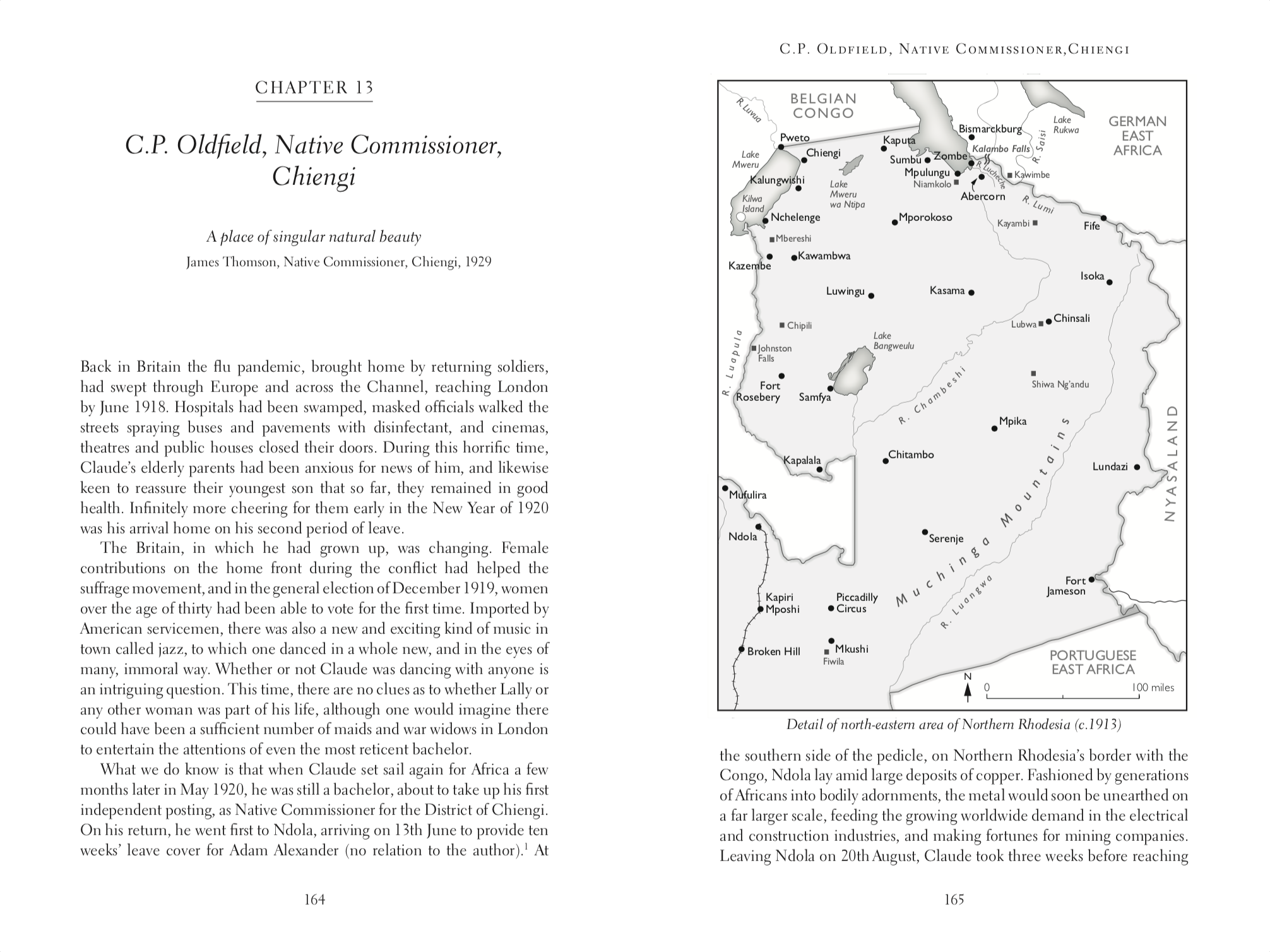 Claude’s appointment in 1920 to Chiengi, a lonely ‘one-man’ posting 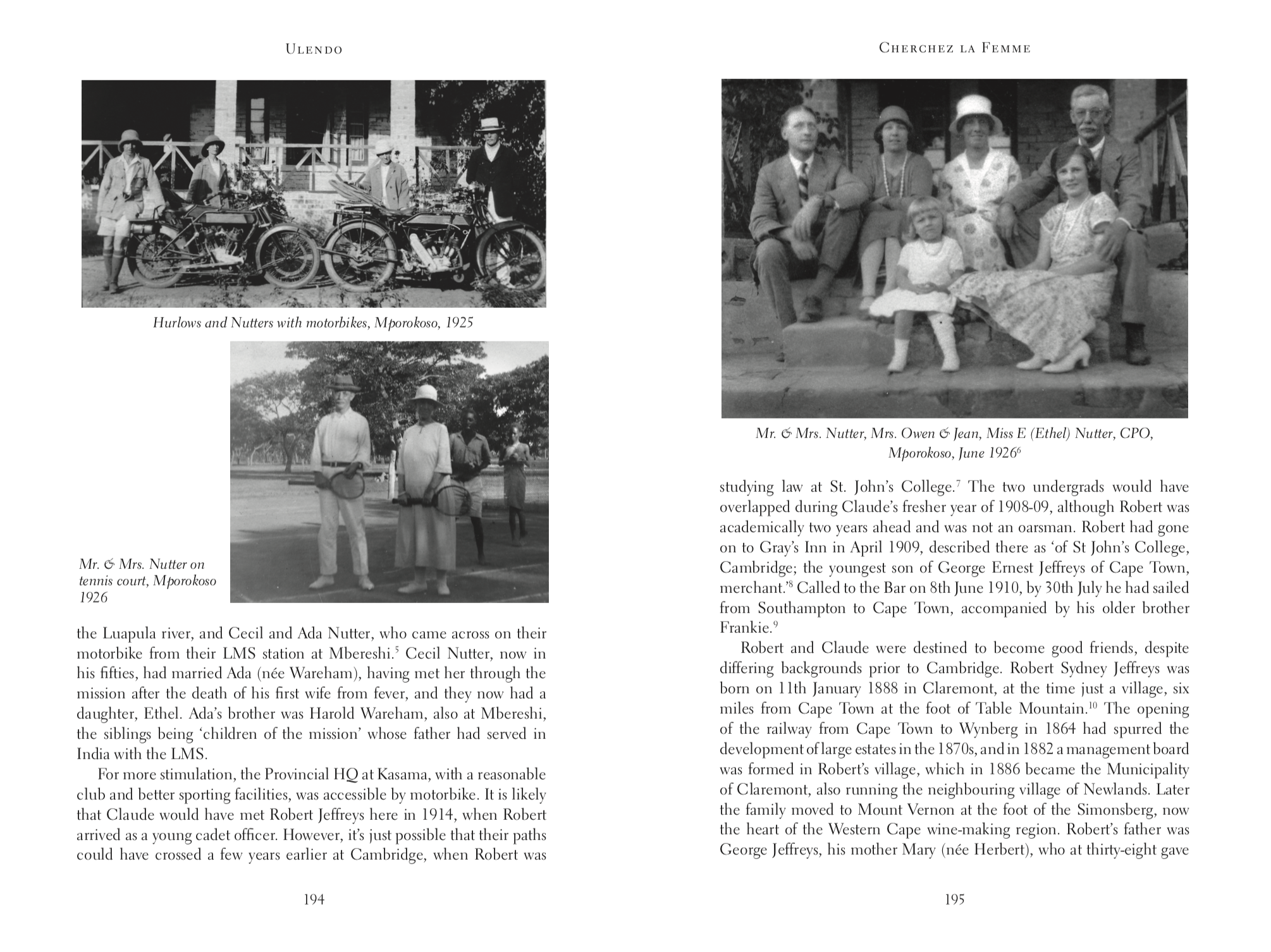 Life at Mporokoso, then Dorothy arrives in Northern Rhodesia

At this moment, when we are re-examining the legacy of empire, it is imperative that we try and look again at what was driving people. Malcolm gives us that perspective.

This compelling account shines a light on a forgotten era when Zambia was Northern Rhodesia and young fellows from Cambridge ruled thousands of miles of bush on behalf of the Crown. Ulendo is deeply researched, insightful – and has a surprising twist

… rich in visual detail and meticulously researched … the opening, describing Claude’s first crossing of the Zambezi in 1911, is beautifully written … fascinating account of his clandestine relationship with Dorothy, wife of another colonial officer

… a vivid, honest and clear picture of the complex interactions between the white rulers and settlers and the indigenous people, but the landscape of Northern Rhodesia, and its flora and fauna all play their part … the book is packed with literary references, snippets of social history, and insights into a whole cast of supporting characters

Claude was not a soldier, he was a political officer – a fact which places this record of his life in a category of its own. Malcolm’s painstaking search to understand the life his great uncle experienced opens a window onto a lifestyle usually kept hidden

… a very good biography and attractively written … a story of rising middle class linked to strident British imperialist sentiment; connection with huge events such as World War I in Africa; and a valuable account of hands-on Colonial Service district and provincial administration. The love affairs are with Africa and in Africa, with the author’s undimmed enthusiasm for Africa and Claude’s extra-marital affair – a sensitive and difficult story

International shipping is available, please get in touch for rates.